The Pierced Hand at Cullicudden

There is a surprising survival at the old kirkyard of Cullicudden – a pre-Reformation gravestone bearing striking symbols of this period of Scotland's religious history. 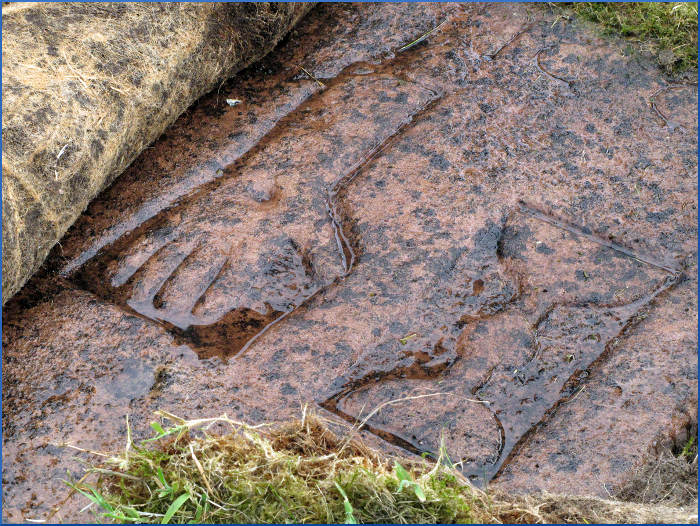 In scheduling the old kirkyard at Cullicudden as a Scheduled Ancient Monument (following a Kirkmichael Trust guided tour to bring attention to the marvellous but at-risk stones to be found here), Historic Scotland stated:

The grave-slab bearing the pierced hand of Christ is a particularly rare survival.

Whilst some symbols continued to decorate structures in a few private locations of families who remained Catholic, symbology such as the pierced hand were commonly mutilated in public locations such as kirkyards.

The southern aisle at Cullicudden, the "Isle of Ardullie" as it is described in a solitary church record, is now the only remaining section of the kirk. It bears the date above the doorway of "1609". The pierced hand stone, and the half dozen ornate pre-Reformation crosses, on the site indicate that the kirkyard was in use long before the aisle was added to the kirk. 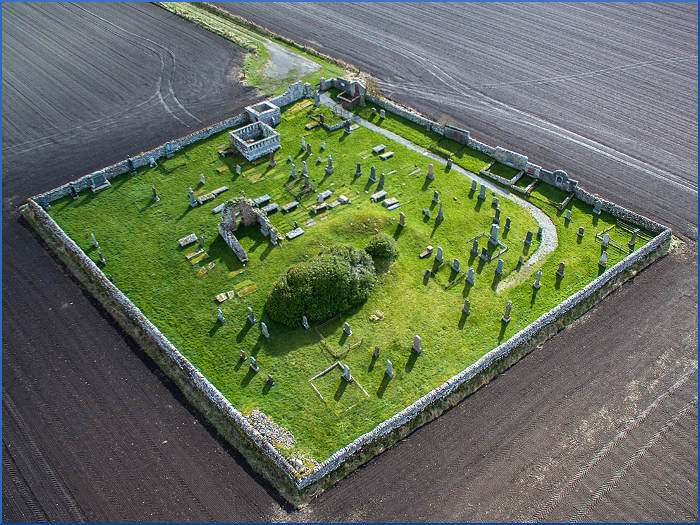 The Aisle of Ardullie stands to the south of the grassy and ivy-covered mounds of rubble
that are all that remain of the kirk of Cullicudden
Photo: Andrew Dowsett

The presence of initials carved onto the stone, in a similar fashion to those at times brutally carved on the pre-Reformation ornate crosses at Kirkmichael and Cullicudden, indicates the reason for survival: re-use as somebody else's gravestone. In this case, the initials are: "I  C      C  V" and it is reasonable to assume that the "CV" would be the Urquhart spouse, probably Catherine or Christian, of an estate-owner or tacksman in the area. Of the "IC", "I" will most likely represent "John" as is usual on inscriptions of this period, but "C"? Cameron, Cuthbert, Clunes, it is anybody’s guess amongst the options common to the area.

We are lucky to have at Cullicudden such a marvellous heritage survival from long ago.